(7.Aug.2019) Today is Wednesday and a real nice day here in downtown Copenhagen. Yesterday I finally managed to make up my mind to call two of my old and, for many years, rather close friends, D. and W. They have now grown old and frail, both being in their mid to late eighties. And I have to admit I haven’t called them often enough recently.

D. is now in a very nice nursing home North of Copenhagen and is, as the incredibly good sport she is, trying her best to enjoy herself – and her company.

I think it’s fair to say, that she is the best ‘girlfriend’ I’ve had for 25 years, even if we never lived or slept together. She was so much fun to be with, even in her late seventies – intelligent and funny, fair and broadminded and cultured. Never, ever did she complain, wail or lament anything, even if she certainly had her share of burdens to carry. 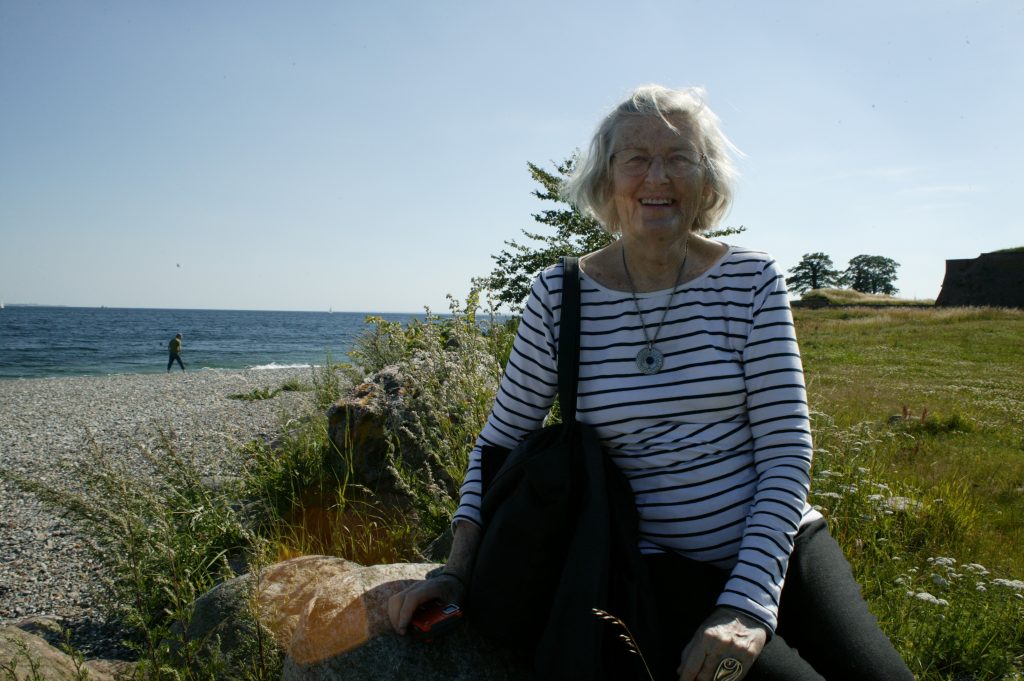 Being of distinguished family (a grandmother was born on the perhaps prettiest castle-like country house in all of Sealand and a grandfather was ‘vice-govenor'(?) in the then Danish West-Indies) she claims in her youth to have been invited (three times, no less) by the (now deceased) Queen-mother to apply for the position as nanny for the Princess that is now our Queen.

They could hardly have got a better person for the job; but she declined on account, she says, she was afraid not to become married! She is educated as a sculptor at the Royal Academy of Arts.

She said yesterday she was glad I called her; frankly I’ve got the impression she now prefers me to not visit her too often – too much trouble – but rather to call.

However my call to W. didn’t fare so well. He picked up the receiver, all right, but obviously couldn’t hear me talking. As we until recently were rather close friends – and for almost two decades – ofcourse I’m a bit worried, whence I’ve tried to contact his family pr. email – approx. like this:

I’ve tried to telephone your father a few times recently. But to no avail, even if he does pick up the receiver. He tries to say something, but obviously cannot hear me talking, much less understand me.

This is why I would like to ask you if to your knowledge your father is perhaps very ill? Or ‘just’ generally weakened by old age? Admittedly I haven’t talked to him for about a year.

Can you possibly indicate if it would be convenient to him for me to visit him?

Trouble was, that I wasn’t sure I had a valid email address; but the message nevertheless seems to have gone through, all right.

Because I received an cordial email already the next day (Aug.8th) informing me, that W. was basically allright, but becoming increasingly hard of hearing. Also I was invited to visit W. any time convenient.

Our common interest is, or was, predominantly that of photography. He is one of less than a handful of my friends, who had a deep and genuine interest in working with – and sometimes also collecting – old photographic apparatus.

To that end we travelled all over Northern Europe in his various, fast BMWs: from Amsterdam to Berlin and Hamburg to Munich. We were even together in Paris at one time, though by plane. 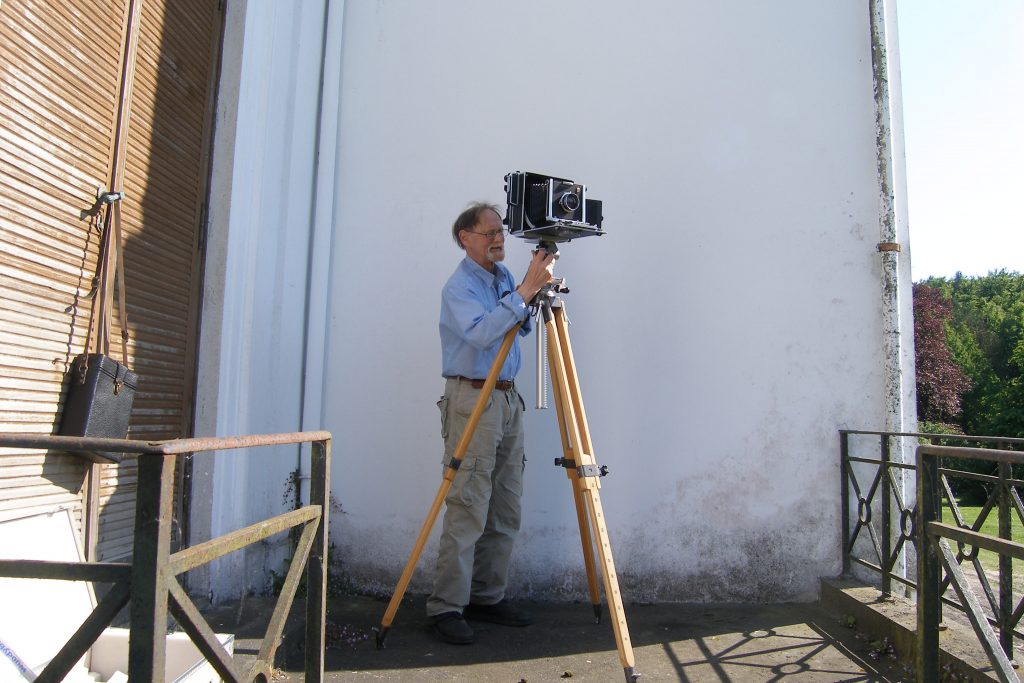 But for several years now, it’s often been difficult for me to travel to this rather remote place on account I’ve had to consider my own (and his) security (link 1, in danish). I think my most recent visit was about three years ago.

This predicament has been especially inconvenient, as I’ve most often had a lot of trouble finding a suitable excuse, when I’ve had to cancel an appointment on account being warned clairvoyantly. As you may know by now (link 2), most genuine photographers are heavily left-brain dominated and have no idea of cabals whatsoever.

Ofcourse it would be impossible for me to presently visit his place alone; that would be far too dangerous both for myself and perhaps especially for W. Firstly – elderly people most often become somewhat suspicious; they are not only increasingly unable to discern friend from foe; but they also become forgetful, and if they happen to have lost account of something, large or minute, they naturally tend to suspect any visitor.

Also, and worse, – it would perhaps be too hard for CIA/Mossad to withstand the temptation to mix in the fray. I mean, wouldn’t it be SO nice, if W. would just please (if not all by himself, then perhaps by a small amount of push and shove from someone aided and abetted by our friendly SecretPolice?) fall and hit himself, perhaps fatally, on his head a few minutes after I’ve left his place?

The SecretService/SecretPolice would then have a wonderful – so avidly sought after? – opportunity to go after myself with everything they have – ‘throw the book after me’, as they say.

So things are getting complicated, I’m afraid.

Link 1.
Here is a small sample of three of the clairvoyant dreams with warnings I’ve experienced since about 2000.
(extracts, translated from Danish original found on
https://blocnotesimma.wordpress.com/2014/04/03/nyheder-eller-ikke-3/ )

1. In the late half of the nineties I was introduced to the above (elderly) gentleman by a friendly photo-dealer in Jutland.

We both shared an avid interest in nature photography with old, classic or antique cameras and the second time we met he invited me to accompany him in his car that same day to a camera show in Hamburg.

A camera show – in Germany called Fotobörse – is a meeting place and flea market for amateur photographers and collectors of classic or antique photographic paraphernalia.

Until this trip by car to Hamburg I had never considered driving my own car in a forign country, but I soon learned this was no big deal. In fact drivers in Northern Gernamy (but not necessarily in Southern Gernamy!) are no doubt more considerate and patient than in my home city, Copenhagen.

This is why I occasionally have driven to Hamburg – or even Berlin – after I got the chance a few years later to buy a small Mitsubitshi for $1000.

At some point in the late 2000’s I had planned a trip to Hamburg. But eventually I felt I had to cancel it because of a warning dream I had shortly before I was scheduled to leave.

It was the first of several subsequent dreams in which I likewise was warned not to go. This first dream went like this:

I dreamt an old woman was standing in the courtyard to my mothers birthplace, a small farm in Northern Jutland.

She was standing just outside the front door; old and lean, and somewhat stooped, wearing an old fashioned, dark dress.

She faced me directly and said – clearly, earnestly and urgently – STOP! STOP!

Just that, and I couldn’t discern her face.

I didn’t dare ignore this commendably brief and clear warning, and cancelled my trip.

2. The next warning dream was occasioned by an invitation from the above mentioned friend, must have been just around 2010. He wanted me to, once again, visit him in his rather remotely situated country house on the South-Danish isle Langeland, and which I had thankfully accepted.

But a couple of nights before I was scheduled to leave for the trip I had a quite unusual, likewise obviously clairvoyant warning dream.

Not only was the dream scary, but rather downright chocking, and was felt like going on for almost the whole night, approximately like this:

I saw (and heard) one (or more) helicopter(s) land close by my friends country house – on the large lawn and ‘by high noon’.

Exciting one of them were several ‘commandos’ with a stretcher. I saw one of the commandos – a ‘navy seal type’ – quite clearly, inc. his head and face.

He had a black rag around his head, like a pirate, and he said (approx:). ‘You have now made fools of us for 3 months’.

I then woke up, already somewhat disturbed. But soon went to sleep again, as I’m normally an easy sleeper.

But just to soon after wake up again ‘with helicopters buzzing and whirring all around me’; and to jump out of bed, all disturbed again. This was repeated twice or trice, until I was through with sleeping for good.

This morning I was obviously quite disturbed and had to cancel the trip.

3. In a recent comment on http://aanirfan.blogspot.com/2017/08/kidnapped-model-chloe.html?showComment=1502197789860#c3380968984860953914
I responded the following to another commenters link to a movie about the April.10 2010 plane crash in Smolensk, where much of the then Polish Government/Military leadership perished (here slightly amended):

“In April 2010 NATO staged a major navy exercise “Brilliant Mariner”. The theatre of operations was primarily placed in Danish waters including around the northern part of Jutland (the command center was in the Northern town of Frederikshavn).

“I had long planned to visit my uncle and spend perhaps a week on his small farm in the rather lonely area just South of the Bay of Vixoe / Bay of Jammer, midway between the small, regional cities of Thisted and Fjerritslev in the Northwest part of Jutland, where I grew up.

“A few days before I had to go I began dreaming of one, two or three commandos landing by parachute in the nightly woods, moors and wetlands in the vicinity of the farm.

“This occured repeatedly during two or three nights and the “atmosphere” in these dreams was saturated with gloom and danger. Consequently I decided to devise a pretext for not going.

“By studying the NATO homepage I found, that a few (I seem to recall 4) aircraft were not accounted for. All other aircraft were meticulously listed with type and registration.

“I suspected the “missing” planes perhaps might be Polish helicopters that seemed to have had space provided for them on certain Polish ships. These helicopters might perhaps have been anonymized?

“More dirctly to the crash I remember I happened to read a report in one of the (Swedish?) papers. Here a nearby gas station assistant told she heard a sizzling sound in the air right around or slightly before the time of the crash, and being puzzled by hearing neither crash nor explosion.

“One wonders if the sizzling sound possibly could have been from helicopters flying in “stealth mode”?

“Depending of the position of their motherships the helicopters may be expected to have been able to operate both above Northern Jutland as well as near Smolensk?”

Photography, Your Brain and Napoleon